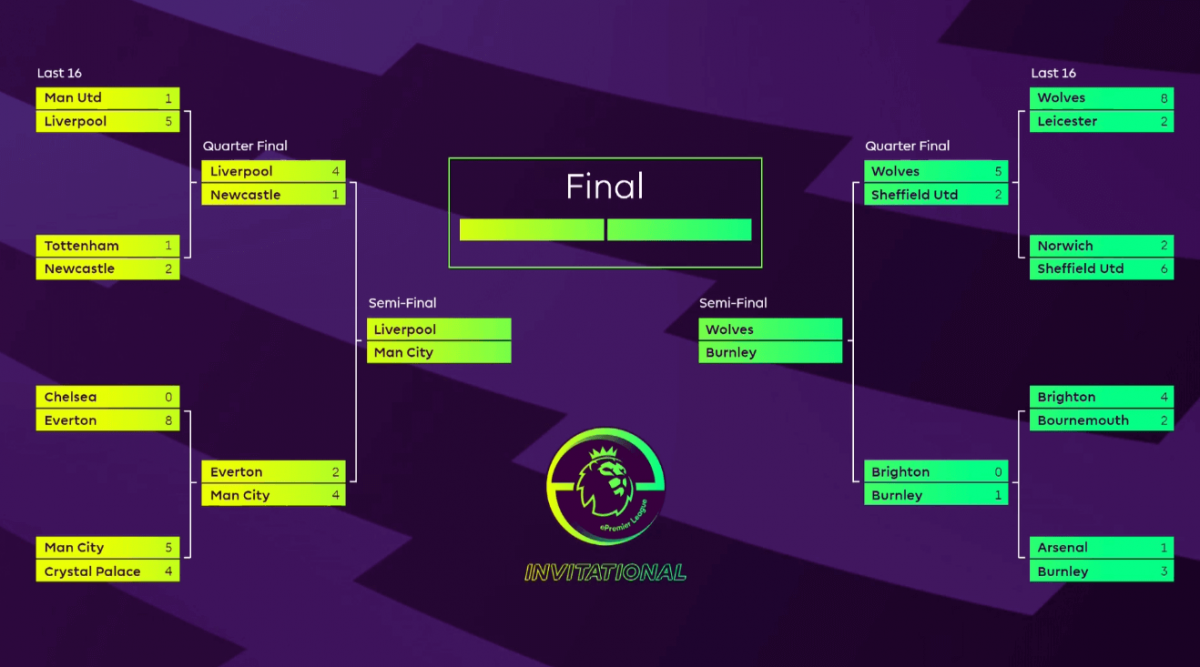 The quarter-final round of the 2020 ESports FIFA EPL Invitational concluded on Friday as Dwight McNeil and Burnley defeated Neal Maupay and Brighton after 160 minutes of scoreless play.  A golden goal saw Burnley into the semifinals to play Diogo Jota and Wolves.  The resultes of the tournament's semifinal round can be seen below.  This all amounts to a Saturday of hard hitting ESports action.  Two fixtures are on the calendar and both will be on SkySports Twitch at 15:00 BST.  More information on game times and streaming options can be found here on the Premier League website. 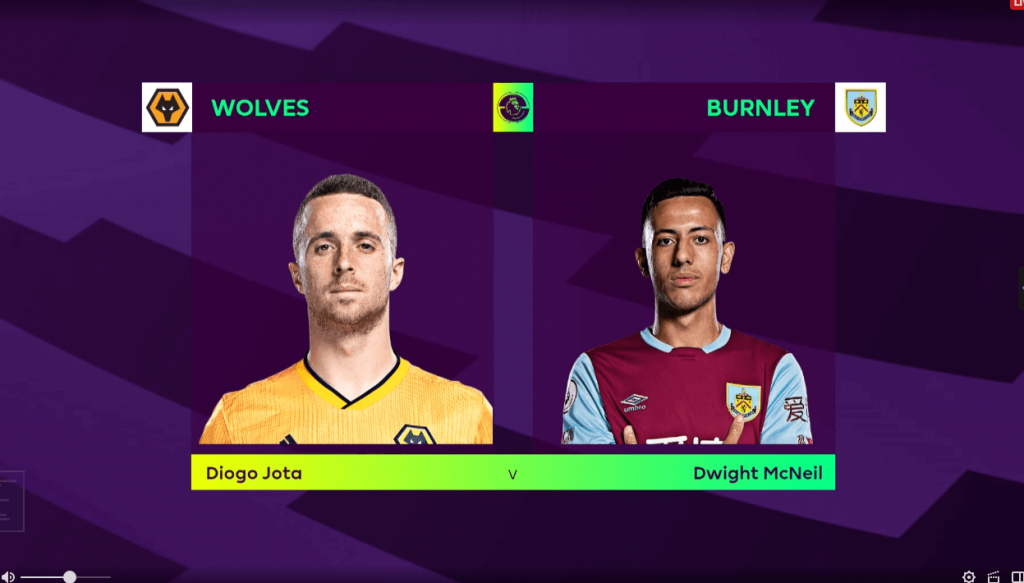 Wolves will be slightly favored in their matchup against Burnley.  Diogo Jota has been scoring for fun throughout the tournament but Dwight McNeil presents a formidable foe for the Portugese winger.  McNeil has shown he can stop multiple attacks in his road to the semifinal.  Holding Brighton scoreless has to be considered a huge accomplishment.  Anything could happen in this one. 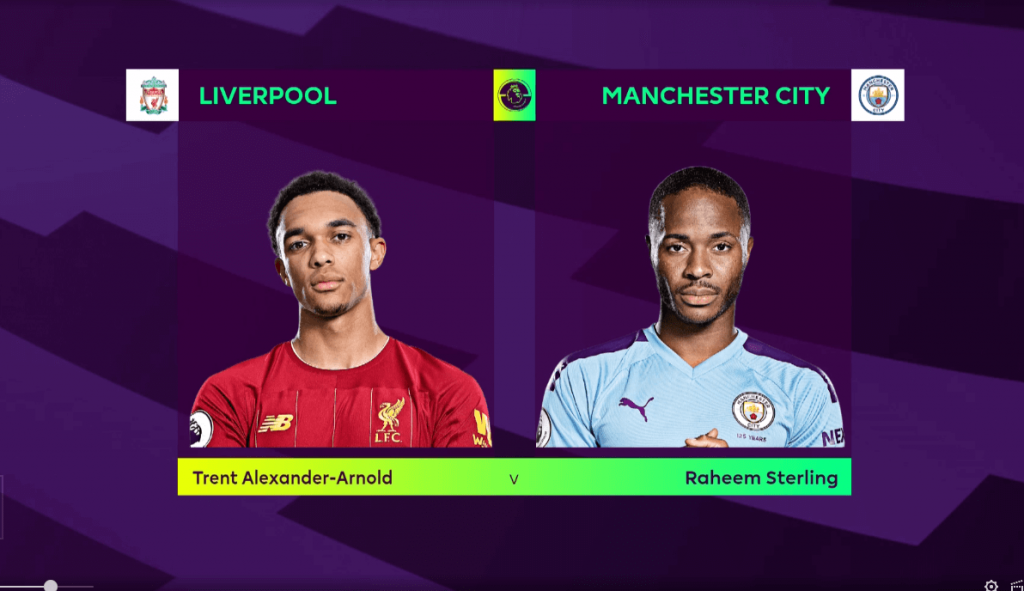 The most anticipated game of the tournament comes as Raheem Sterling of Manchester City takes on Trent Alexander-Arnold of Liverpool.  Not only does this tie put the two top premier league sides against each other again, it also puts Sterling against his former club.  As any Liverpool supporter will tell you, Raheem Sterling is one of the most hated men in the Mercyside.  This clash holds a lot at stake in terms of the pride of both clubs.  It also puts two of the most dynamic English internationals against each other in a game they're both great at.  Tough to determine a favorite in this one.  We give the slightest of edges to TAA.

It's been a great tournament!  Don't forget to tune in tomorrow at 15:00 for more action as the tournament enters its closing stages.