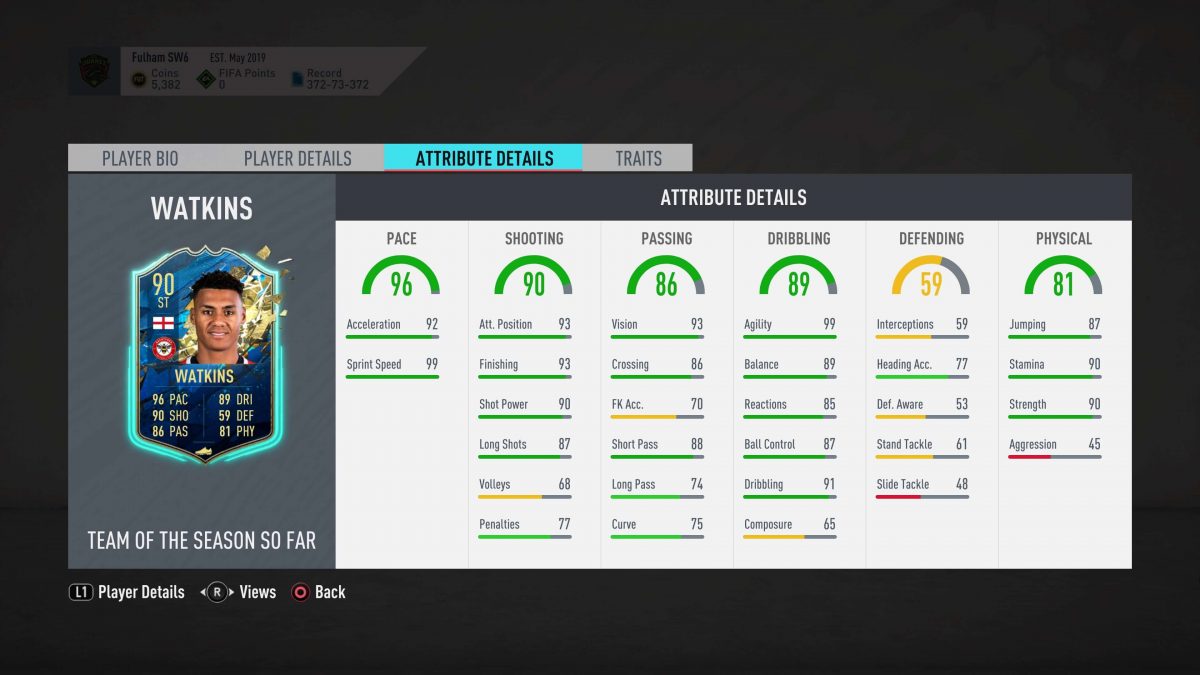 Ollie Watkins, a striker from Brentford in the English Championship, has an upgraded Team of the Season So Far card that is only available for a limited time.  To earn this special upgraded 90 overall TOTSSF card you'll need to follow the format listed below and meet Fifa's parameters for this specific SBC.

If you have an English Championship squad you'll likely want to take advantage of this while it's still available.  This Ollie Watkins card promises to be quite versatile in game.  While we haven't tried the card in game, we are drawn to his 99 Sprint Speed, 93 Finishing, 90 Shot Power, 88 Short Pass, 93 Vision, 99 Agility, 89 Balance, 91 Dribbling, and 90 Stamina.  It's a really formidable card that many will fear playing against.  His English nationality gives him linking options with Premier League players of higher rating.  He would also go well next to a TOTSSF 92 Overall Mitrovic.

Number of Players in Squad: Min 11

Is TOTSSF Ollie Watkins Worth It?

This question cannot be answered absolutely.  If you have an English based squad Ollie Watkins may fit nicely for you.  If you have an EFL Championship squad this card is a must have.  With an 85 overall required rating, the requirement of at least one English player, and the requirement of an in form card, this squad build will cost you somewhere from 100k-200k.  It might be worth it, but it's a lot to have to invest for a championship player.