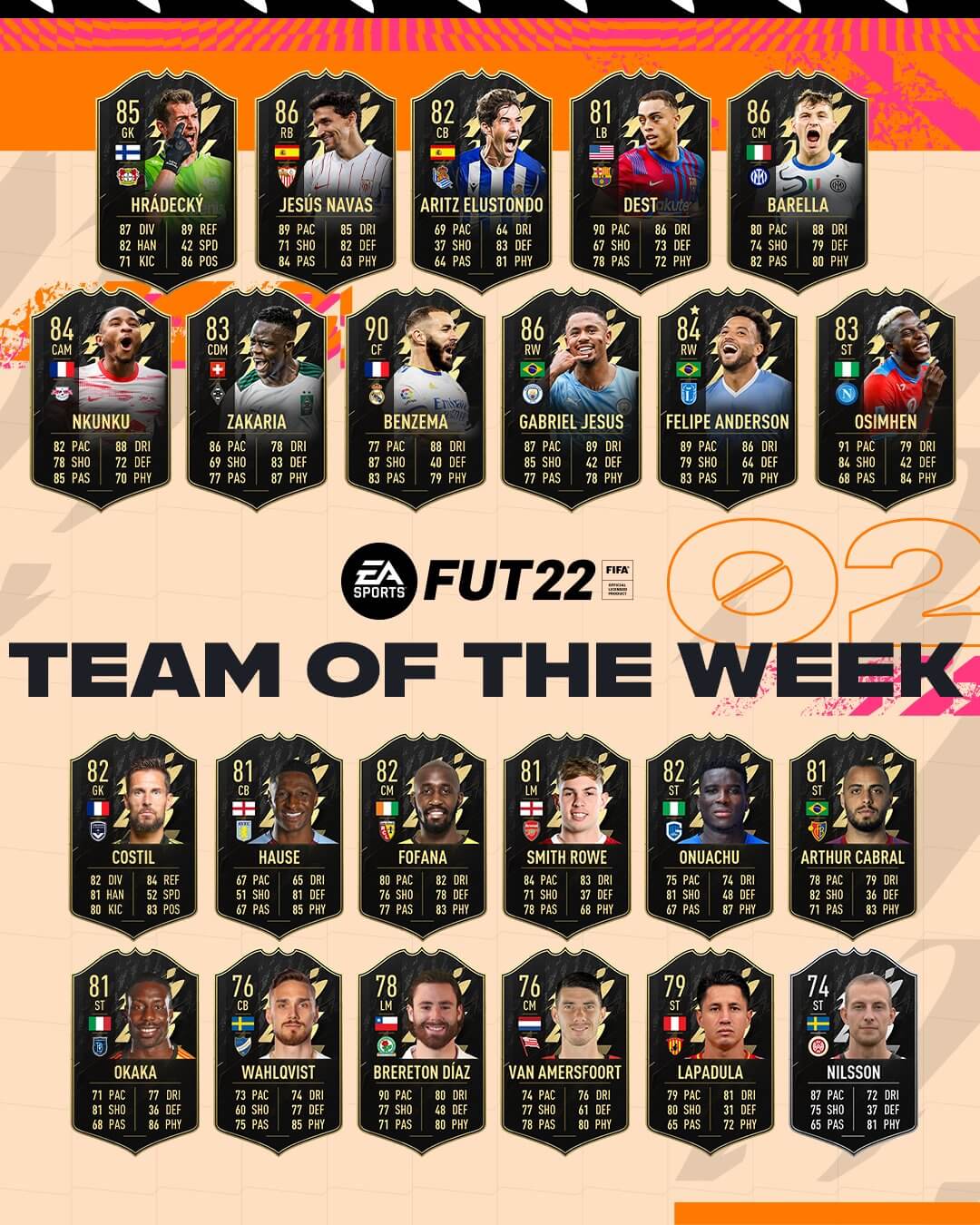 The following players performed superbly in real life this week and earned an upgraded “in form” card in this year’s FIFA 22 Video game.  The following are the TOTW (Team of the Week) players for week 2 of the FIFA video game campaign.  Look for SIF (second in form) and TIF (top in form) cards from these same players later this year.  The campaign concludes with TOTY (team of the year) as the domestic and champions league campaigns reach their conclusion.