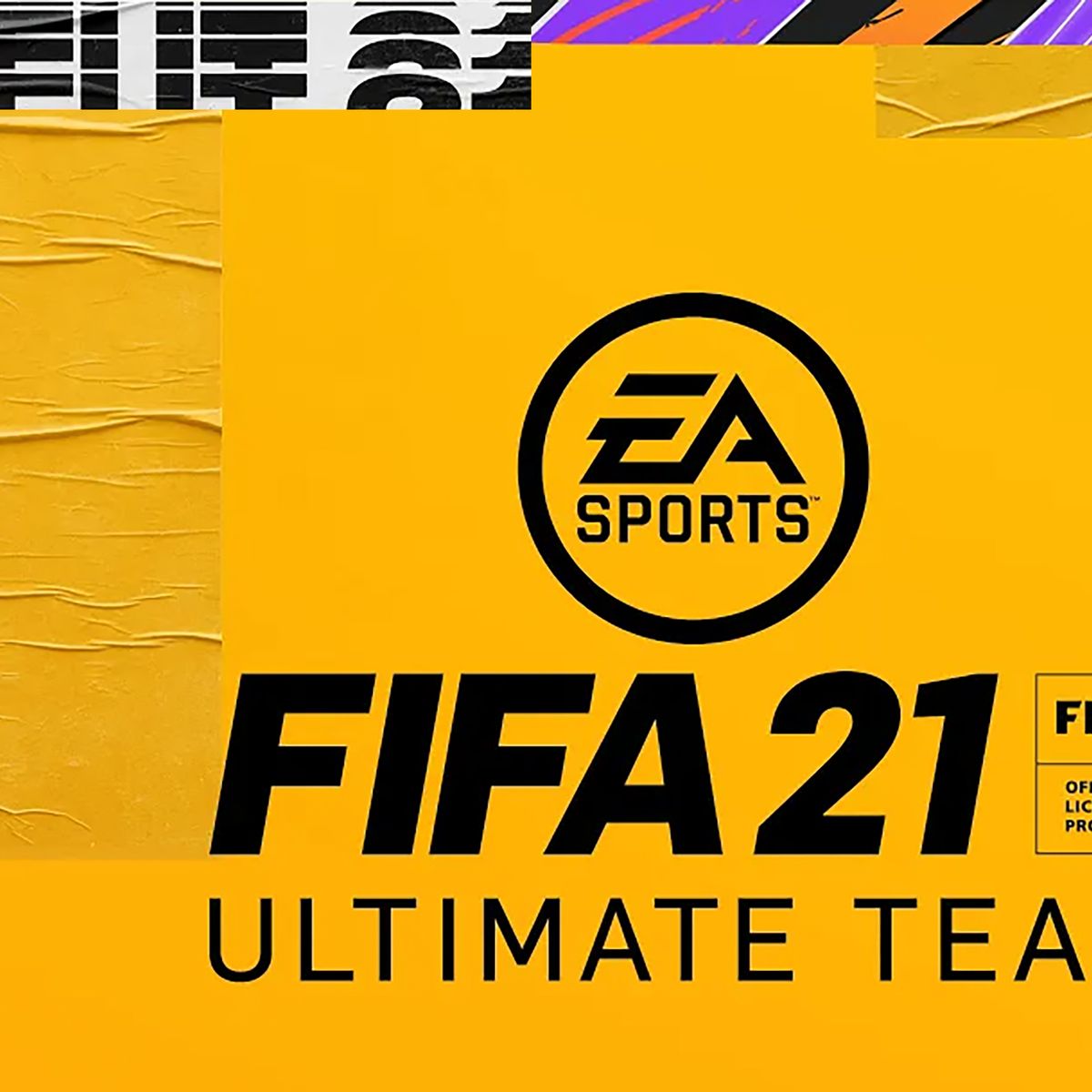 FIFA 21 Ultimate team hit the mainstream yesterday as EA Access allowed thousands of users onto the in game servers for the first time. The 10 hour trial is available now. If you choose to take advantage of it now it’s important to remember that when your 10 hours are up, you’re done either until October 6th if you pre-ordered the Ultimate Edition, or October 9th if you ordered anything else. Here are our initial thoughts on the game.

The first thing you notice when you login is the aspect of FUT Rivals Qualifying. Your first rivals interaction will be for placement as you play 5 games to determine what division you will start your rivals journey. The games you play WILL NOT BE FOR FUT CHAMPIONS QUALIFYING POINTS. You only receive FUT Champions points after you qualify for one of the 10 rivals divisions. The better you do the lower the division you will be in. With better divisions come more points per win that go towards qualifying for the FUT Champions Weekend League.

One of the cool things about FUT Rivals qualifying is that you get a coin bonus for how well you do. Here’s what we know about the coins that are rewarded for the wins you achieve in your FUT Rivals Qualifying.

Through 11 games played, here’s what we think of FUT21 Gameplay. It feels a lot more fluid than in FUT 20. Players with high dribbling abilities seem to really maneuver well through the midfield and create chances. We’ve had a lot of success using Coutinho and his 83 gold rare card from Barcelona. One of the steals of the opening in form class, IF Andrés Iniesta who rates as an 84 Spaniard out of the Japanese League with Vissel Kobe, has been instrumental in our opening wins. His 88 passing goes a long way to unlocking even the most bland of strikers. At just over discard price, 10,500 to 11,000 coins, Iniesta is worth picking up if you get the coins and the access this first week.

Above all pace still kills. People are paying astronomical amounts of coins for defenders who have 77 and above pace. It’s pretty ridiculous that this continues to be a factor, but it’s nearly impossible to keep up with players like Timo Werner, Raheem Sterling, Leroy Sane, Mo Salah, and the rest with even top La Liga defenders like Pique and Felipe. We’ve really struggled with the pacier teams.

Once a pacey player gets behind your defending you’re in real trouble. We haven’t yet figured out a good recovery strategy. Rushing out the keeper may be the right call, but it’s a dicey strategy at best if the attacking player has a decent shooting rating.

The passing when out alone is so accurate that a slid in through ball or short pass to a positioned striker is virtually unstoppable. I hope this gets patched somewhat and that the game begins to compensate for defensive awareness. Defenders seem to have no awareness in trying to intercept balls from the flanks slid in towards the middle in a 2 on 1 situation. They are magnetic to the player with the ball and do not position themselves well even if you play the space where the pass should be. This has been a problem with FIFA since last year. It remains in FIFA 21.

Player Strength is a Factor this Year

One of the more positive things in FUT this year seems to be that more physical players have more of an impact in a slower build up. Harry Kane has been very impressive in the few times I’ve come up against him. He is tough to stop with his size and strength. His positioning is wonderful as he intuitively drifts into open spaces like the poacher he is. While I don’t currently have Harry Kane, I’ve scored quite a few goals with Willian José and Luuk De Jong who can both be had for just under 2,000 coins at time of print.

As a part of the boost to physical players, headers also seem to be going in at a higher rate in this year’s game, though they still seem to be underutilized by the community. Hopefully we all adapt to that so that the game looks a bit more realistic.

Big strong defenders are impactful as long as they aren’t getting fleeced by pace. I recommend that most novice to semi-experienced players stick with a defensive drop back strategy if they don’t want to be giving up a ton of goals. The bigger and stronger the tackler, the more likely they’re going to be successful on a tackle if they’re in position. Pique dominates when he’s properly centered and in position to close on an attacker within a reasonable radius.

Crossing Can Be Deadly

The times I’ve crossed it into the box with a light tap of the crossing button has created a ton of cool finishes. Defenders have trouble tracking truly good crosses that are well placed. Whether it’s headers or volleys, I recommend crossing and seeing what your players can come up with. I don’t like scoring the same goal over and over again. Because I’m like this, I’ll be crossing a lot in FIFA 21. Perhaps I’ll even look at getting a Harry Kane to get on the other end of those crosses.

I’m giving up way too many goals to low driven shots. I can only hope EA fixes this. Goalkeepers of a high rating should be saving at least a fraction of these. Up to this point I haven’t seen goalkeepers saving any. It’s an overused part of FIFA and this part is getting annoying for me. I hope it gets patched to a reasonable success rate. Right now if feels a bit indefensible.

Goalkeepers need a real upgrade in my opinion. Perhaps I just suck at defending this year, but I presume it’s more of a goalkeeping issue. It should be easily fixed with a small tune up. They’re not making many saves at all.

Stadiums in Fifa Ultimate Team are really emphasized in this year’s game. You can add different chants, team anthems, seat colors, theme colors, pyrotechnics, net colors, Tifos, sideline trophy displays, and even endline colors. Not all upgrades are available at first. They will be unlocked as you play more of the game as many other items have been in the past. One of the neat parts of this is the customizations can be applied to the same great stadium formats that have been available in prior games. Want to add pyrotechnics and pink coloring to Wembly? No problem. I had my doubts, but I do really like the custom stadiums implementation we see in FUT 21. 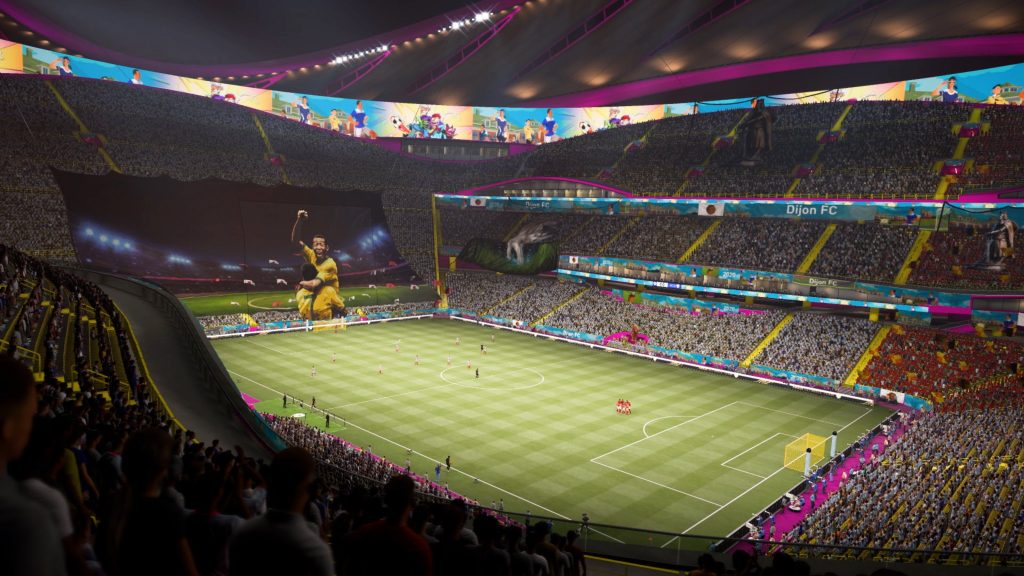 There are loads of SBC’s to take advantage of at the start of the game that will give you packs and coins that will go a long way. We highly recommend taking advantage of these to couple with your starting packs and rivals bonuses. There is no shortage of ways to make coins at the start of the game this year. Truly, if you do this thing right, there is no reason you should be buying FIFA points right now unless you really suck at fifa and/or want to help the failing economy in COVID19.

FIFA ultimate team is worth it this year if you have enjoyed the franchise in the past or are new to it. Constantly we find the game dominated by streamers or spoiled rich kids who spend copious amounts of money on FIFA points to put them head and shoulders above everyone else. While there will surely be some of these again this year, I find the amount of coins that are awarded up front and the ability to do SBC’s with your untradeable players to get even more really levels the playing field. You have a chance this year to be successful long term with weekend league rewards and some initial placement success. Couple that with a sound FUT investment strategy and you’ll have one of the best teams in no time.

Stadiums make this years game more personalizable that ever. That’s the real appeal of what Ultimate team is. Hopefully with a few patches to the gameplay (that always come) this will be the most fun and customizable fifa ultimate team year. Remember, your full version is out on either October 6th or October 9th. If you have EA Access you can start now. Get to playing!